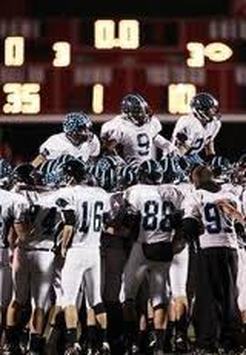 Hilliard Darby's offense has a difference-maker in quarterback Jeremy Ebert, but it's an altogether different defense that has lifted the program to new heights.

Ebert completed his first 11 passes to set the tone, but Darby's aggressive defense stood up Upper Arlington in a 22-7 victory in a nonleague game. The victory sent Darby to its first 5-0 start and cemented its standing as the top team in Division I, Region 3.

After Darby jumped to leads of 15-0 and 22-7 by halftime, it took fewer risks on offense and let the defense take center stage.

"That's how football is supposed to be played," Panthers senior linebacker B.J. Machen said. "The offense gets us a nice lead and the defense is expected to finish the job."

Ebert completed 13 of 16 passes for 145 yards in the first half, spreading out Upper Arlington's stingy run defense. He finished 15 of 20 for 165 yards and added 82 rushing yards and a touchdown on 17 carries.

"Throwing to try to loosen up their run defense was part of the game plan," Ebert said. "We really adjusted to what they showed us defensively. We had to adjust to them again in the second half and that's maybe why we ran the ball more. It was also a matter of getting the lead and counting on our defense to pick us up."

If anyone had thought Darby's wins over Hilliard Davidson, Toledo Central Catholic and Cincinnati Anderson were flukes, they were proven wrong in the first two drives against UA.

Darby opened with a 79-yard drive in eight plays, with Ebert juking several defenders on a 7-yard touchdown run.

Jordan Richeson capped the second drive, covering 62 yards on 11 plays, with a 4-yard TD run. Robbie Anzuini grabbed the bobbled extra point snap and scored, giving Darby a 15-0 lead before Upper Arlington had made a first down.

"We had to be able to make them honor the run, so when we got them in one-on-on coverage Jeremy was able to make some good reads and find our receivers," Darby coach Paul Jenne said.

Ebert and Anzuini, who made seven catches for 74 yards, all in the first half, worked sideline patterns and drag routes with ease.

"That Ebert kid is not an average passer by any means," Upper Arlington coach Mike Golden said. "He gets those balls out quick and right on the money. They made almost every key third down conversion. Hilliard Darby is a very good all-around team with a defense that's clearly the best they've had, but Ebert is the kid who makes them special."

Richeson, who finished with 98 yards on 28 carries, scored on a 1-yard plunge to send the Panthers ahead 22-0 at halftime.

The Golden Bears' only score, a 1-yard run by Gabe Krimm, came when a Panthers fumble gave them a short field.

Darby's defense, led by Machen, Ty Cobb and Nick Primavera, limited UA to 176 yards and 11 first downs. The Golden Bears, who came in averaging 7 yards per carry, were limited to 105 yards on 32 carries.

"After they scored that first touchdown, we huddled up and said, 'The offense has done its part; now we have to carry this team,' " Machen said. "The defensive line, in particular, played a great game."

Jenne was especially proud of the defense.

"The thing is it's not a one-man show," he said. "Our front four did a great job getting penetration, the linebackers really took away the flats and the secondary gave up only one long pass play that I can remember," he said.
Powered by